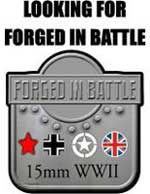 We are open and shipping orders normally.

Please note, it could take a little longer for despatch to take place and for Mr Post to deliver at this time.

PzM-03 Tecumesh Mech £25 RRP
The Tecumesh Mech is essentially an up gunned replacement for the earlier Big Chief mech. Designed and built by Ensign Albrect Locomotive.
The M4 Tecumesh features many reﬁned details of production - shape, strength, with vastly improved performance.
PzM-07 Akuma JuMech  £25 RRP
Based on the lithe movement and posture of the fearsome Kaiju, combined with the most advanced Unit 731 technology, the Japanese are certainly surging forward with their advances in Mecha technology. 28mm Weird WWII New Releases!
We are pleased to announce the release of Dossier X-01.
The second rulebook supplement for Secrets of the Third Reich,  allowing you to explore and introduce a slew of new 3d Resin Mech, Pewter Characters, Armour and Squads for your 28mm Weird WWII Universe.

This release is just the tip of the iceberg, there will be further rolling releases over the course of the Summer months for this exciting new range of 3D Mech & Minis. The 3d quality, design and casting is superb!

FREE MINI OFFER!
Choose a FREE 28mm Pewter Character of your choice from the list below when you spend over £40.00 on products from our brand new Panzer Mech range!

Get started straight away with our downloadable electronic rules PDF's West Wind and Forged in Battle customers wishing to pre-order for collection at a Show, it is advisable to call or email West Wind on  01457 879896 or mail@westwindproductions.co.uk at least one week before the Show in question. We will ensure your orders are waiting for you at the West Wind/Forged in Battle Stand on the day.  You can pay on the day, by email, or pay over the phone prior to the show.

To preorder for collection and pay on the day at any of the shows below, simply email your order a couple of weeks before the show to mail@westwindproductions.co.uk.